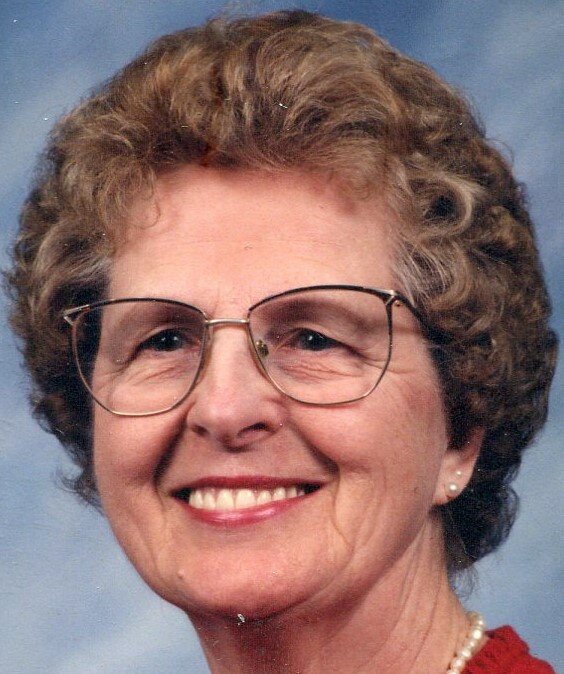 Please share a memory of Sally to include in a keepsake book for family and friends.
View Tribute Book
Sally Jane Watt Fitzgerald, age 91, of Millcreek Twp., passed away on Wednesday, January 12, 2022. She was born on August 3, 1930 in Warren, PA, the daughter of the Late George R. and Jeannette Cameron Watt. She graduated from Warren Area H.S. and was employed at New Process Co. for many years before moving to Erie. Sally was married in 1960 to her husband of 54 years, Willis Fitzgerald, who passed away in Nov. of 2014. She worked at McDowell H.S. in the cafeteria where she was chosen as Employee of the Month in April 2000 and retired in 2005 after 27 years. Her favorite past times were cross stitching; giving away many of her works and surprising friends with the finished products, bowling, and reading mysteries. She loved watching NASCAR and rooted for her favorite driver Jeff Gordon. Sally was a member of Christ United Methodist Church for over 50 years where she taught Sunday School and sang in the church choir. She also thanked her former neighbor Dave for the great motorcycle ride he gave her and she always cherished that in her heart. The family would like to thank Sally’s great neighbors and friends; Mary Beth and Rudy Passeur and Tom Boorum. Sally will miss her best friend, her dog Missy, who would take walks with her and was always ready to go. Missy was a very lovable, sweet heart, and always snuggled up to Sally. Besides her parents and husband, Sally was preceded in death by her son-in-law Jack Presti, her twin sister Janet Jeffords, her sister Mary Louise Clark, and her brother John Watt. Sally is survived by two children; Susan Presti of FL, Randy Fitzgerald (Kay) of NC, four grandchildren: Marah DeBord (Frank), Nicholas Fitzgerald (Brooke), Anthony Fitzgerald (Courtney), Nicole Fitzgerald (Bryan Miller), three great-grandchildren: Emily Jane, Adilynn Suzanne, Margot Jane, and nieces and nephews. Friends may call at the Dusckas-Martin Funeral Home and Crematory, Inc., on Monday, January 17, 2022 from 5 pm until time of the Funeral Service there at 6 pm. Private interment Laurel Hill Cemetery. In lieu of flowers, memorial contributions may be made to the ANNA Shelter, 1555 East 10th Street, Erie, PA 16511.
To plant a beautiful memorial tree in memory of Sally Fitzgerald, please visit our Tree Store

A Memorial Tree was planted for Sally
We are deeply sorry for your loss ~ the staff at Dusckas - Martin Funeral Home
Join in honoring their life - plant a memorial tree
Services for Sally Fitzgerald
There are no events scheduled. You can still show your support by planting a tree in memory of Sally Fitzgerald.
Plant a tree in memory of Sally
Print
Online Memory & Photo Sharing Event
Online Event
About this Event