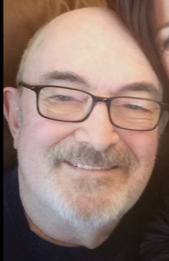 Please share a memory of Robert to include in a keepsake book for family and friends.
View Tribute Book
Robert “Bob” H. Fuller Robert “Bob” H. Fuller, age 73, of Millcreek Twp., passed away peacefully at his residence on Sunday, January 23, 2022, surrounded by his loving family. He was born in Erie on October 22, 1948, the son of the late Orton J. and Irene M. Watson Fuller. Bob was a 1966 graduate of Academy H.S. and served in the US Marine Corps. He was employed at the Erie County Prison, owned and operated the Lantern Tavern, and worked for the Millcreek Twp. School District; mainly as the care-taker for the Asbury Barn. Bob enjoyed hunting, golfing, spending time with his grandchildren, the Pittsburgh Steelers, and because of his wife’s love of the Green Bay Packers, they traveled to Green Bay for fifteen years to cheer on her team. In 1970, the family operated a deer processing business which was an entire family affair and brought the family together for many good times. He and Kathy would sit on their front porch in the evening and they were known as the Mayor and Queen of West 43rd Street. Bob is survived by his beloved wife Kathy A. Siefer, two children; Jennifer Vergotz (Brian) of Erie, Robert “Bob” Fuller of Erie, four grandchildren: Kayla (Lino) Moretti (Nick Krasinski, fiancé), Dylan and Taylor Vergotz, Gabriela Munoz-Fuller, two brothers: Larry Fuller (Jan), Donald Fuller (Carol), and one deceased brother Jamie Young (Eileen). Friends may call at the Dusckas-Martin Funeral Home and Crematory, Inc., 4216 Sterrettania Rd. on Friday, January 28, 2022 from 4 p.m. until 8 p.m. and are invited to the Funeral Service on Saturday, January 29, 2022 at 10:00 a.m. at Our Lady of Peace R.C. Church, 2401 West 38th Street, Erie, PA. Private interment. In lieu of flowers, memorial contributions may be made to the ANNA Shelter, 1555 East 10th Street, Erie, PA 16511 or to the Erie Humane Society, 2433 Zimmerly Road, Erie, PA 16506.
To plant a beautiful memorial tree in memory of Robert Fuller, please visit our Tree Store

A Memorial Tree was planted for Robert
We are deeply sorry for your loss ~ the staff at Dusckas - Martin Funeral Home
Join in honoring their life - plant a memorial tree
Services for Robert Fuller
There are no events scheduled. You can still show your support by planting a tree in memory of Robert Fuller.
Plant a tree in memory of Robert
Print
Online Memory & Photo Sharing Event
Online Event
About this Event