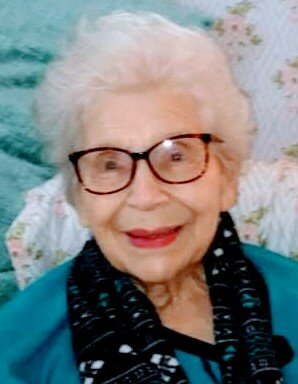 Please share a memory of Shirley to include in a keepsake book for family and friends.
View Tribute Book
Shirley E. Wagner, age 87, of Erie, passed away Thursday January 27, 2022. She was born in Erie on February 15, 1934, daughter of the late Merle and Dorothy Hinkle. Shirley was known as a faithful witness of Jehovah for over 60 years. She was also known for her years of expertize at Weislogel’s Shurfine in Fairview; as a bread and cake baker / decorator. She had a love of art and drawing was her passion. Shirley is survived by her husband, Arthur Wagner; two daughters, Cheryl Veith (Jay) and Julie Zielinski (Mark); son, Sonny Grace (Julie); stepson, Jeff Wagner (Patricia); sister, Carol Gregory (David); grandchildren, Michael Simpkins, Emily Simpkins, Misty Spears, Melanie Grace, Jennifer Copeland, JaNess Engels and Sabrina Zielinski; step-grandchildren, Ray Veith, Andrew Veith and Sandra Veith and many great-grandchildren, nieces and nephews. Shirley was preceded in death by first husband, Robert N. Grace; son Robert A Grace and many brothers and sisters. Funeral services will be private for the family and held on Saturday February 5, 2022. Arrangements are under the care of the Dusckas-Martin Funeral Home & Crematory Inc. 4216 Sterrettania Rd. Erie, PA 16506.
To plant a beautiful memorial tree in memory of Shirley Wagner, please visit our Tree Store

A Memorial Tree was planted for Shirley
We are deeply sorry for your loss ~ the staff at Dusckas - Martin Funeral Home
Join in honoring their life - plant a memorial tree
Services for Shirley Wagner
There are no events scheduled. You can still show your support by planting a tree in memory of Shirley Wagner.
Plant a tree in memory of Shirley
Print
Online Memory & Photo Sharing Event
Online Event
About this Event