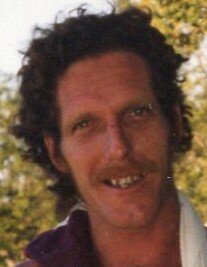 Please share a memory of Lloyd to include in a keepsake book for family and friends.
View Tribute Book
Lloyd Allen Hallas, Jr. Lloyd Allen Hallas, Jr. age 60, of Millcreek Twp., passed away on Wednesday, February 2, 2022, after a brief illness. He was born in Homestead, PA on March 4, 1961, the son of Viva J. Herrington of San Diego formerly of Erie and the late Lloyd A. Hallas, Sr. Besides his father, he was preceded in death by one sister Robin Pirrello, two brothers; Robert Allsopp and Lance Hallas. Besides his mother, he is survived by three sisters: Roxanne Minnick of Erie, Tina Droegemeier (Alan) of Utah, Tammy Sisk of Utah, several nieces and nephews, a special brother-in-law Philip Pirrello, and a special friend Jason Vonhof (thank you from family). Private services were conducted by the Dusckas-Martin Funeral Home and Crematory, Inc., 4216 Sterrettania Rd. In lieu of flowers, memorial contributions may be made to the charity of one’s choice.
To plant a beautiful memorial tree in memory of Lloyd Hallas, Jr., please visit our Tree Store

A Memorial Tree was planted for Lloyd
We are deeply sorry for your loss ~ the staff at Dusckas - Martin Funeral Home
Join in honoring their life - plant a memorial tree
Services for Lloyd Hallas, Jr.
There are no events scheduled. You can still show your support by planting a tree in memory of Lloyd Hallas, Jr..
Plant a tree in memory of Lloyd
Print
Online Memory & Photo Sharing Event
Online Event
About this Event