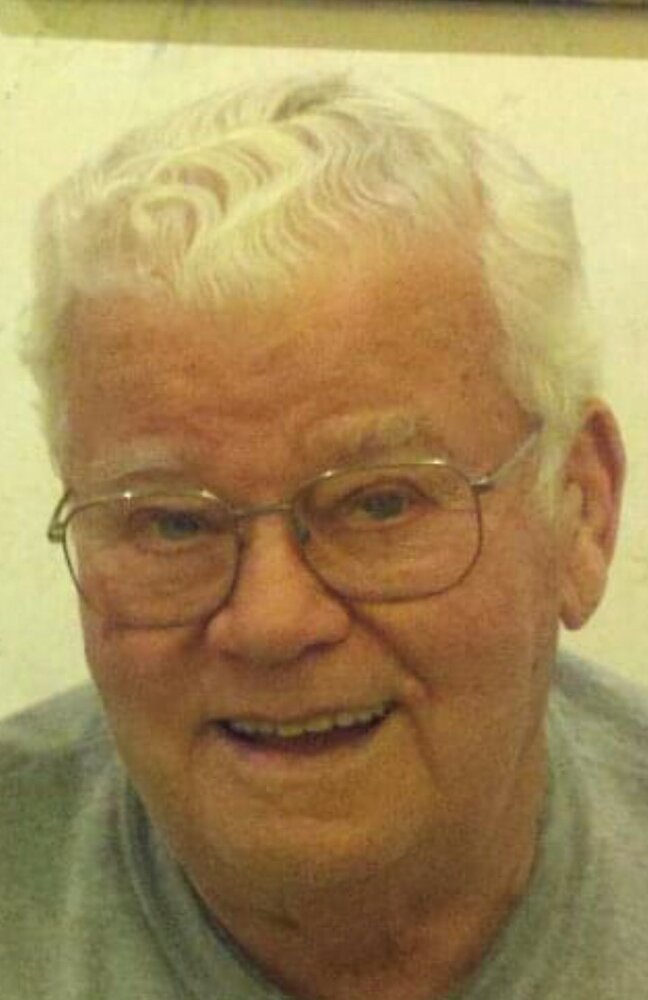 Please share a memory of James to include in a keepsake book for family and friends.
View Tribute Book
James Duane Barrett, Sr. James Duane Barrett, Sr, 93, of Edinboro, formerly of Millcreek Township, passed away on Monday, February 7, 2022. He was born on November 12, 1928 in New Bethlehem, PA, son of the late Clarence and Olive Kerr Barrett. James enlisted in the US Air Force as part of the 4th Fighter Wing, serving during the Korean War. He was a crew chief for the F86 Sabre Jet. Upon discharge from the service, he became a police officer for Millcreek Township serving for the next 32 years until his retirement. He was also a volunteer fireman with West Ridge Fire Department. James was a member of Draketown Christian Church in Edinboro, PA. In addition to his parents, he was preceded in death by his siblings; William Keith in 1925, twins Evelyn and Elvira in 1927, and Shirley Fyock in 2012. He was also preceded in death by his infant son James Guy Barrett in 1959 and his son in law, Kenneth Nussbaum in 2021. He is survived by his beloved wife of almost 70 years, Margaret (Fran) Tate Barrett of Edinboro who he married on April 5, 1952. James is also survived by his daughters; Diania (Ronald) Kennedy of Edinboro and Darlene Nussbaum of Lincolnton, NC, and his son James (Lori)Barrett, Jr. of Painesville, OH. He is survived by 7 grandchildren, 13 great grandchildren and 2 great- great grandchildren. Friends of James Barrett, Sr will be received from 11am until time of the Funeral Service conducted by the Rev. Ronald Kennedy at 1pm on Saturday February 12, 2022 at the Dusckas Martin Funeral Home and Crematory, Inc., 4216 Sterrettania Road, Erie, PA. 16506. Interment Laurel Hill Cemetery with military honors.
To plant a beautiful memorial tree in memory of James Barrett, please visit our Tree Store

A Memorial Tree was planted for James
We are deeply sorry for your loss ~ the staff at Dusckas - Martin Funeral Home
Join in honoring their life - plant a memorial tree
Services for James Barrett
There are no events scheduled. You can still show your support by planting a tree in memory of James Barrett.
Plant a tree in memory of James
Print
Online Memory & Photo Sharing Event
Online Event
About this Event