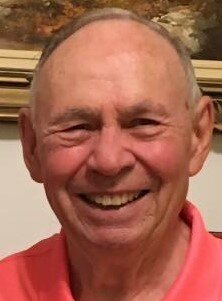 Please share a memory of John to include in a keepsake book for family and friends.
View Tribute Book
John Edward Seepe On Saturday, March 26, 2022, John Edward Seepe, II, passed from this life into the arms of his savior, Jesus. John was 90 years old and a resident of St Mary’s Asbury Ridge where he peacefully passed in his sleep. John was born in Peru, IL on November 17, 1931. He was the only son of Walter and Frieda Seepe, who predeceased him. He graduated from The University of Illinois, Urbana, with a BS in mechanical engineering. He was a brilliant engineer with multiple patents. He headed up the engineering department of the locomotive division at GE until his retirement. On October 13, 1956 he married the love of his life Bert LeMasters (Bird Seed). They shared 65+ years of marriage. As part of raising their four children, he was active in the Boy Scouts, serving as Assistant Scoutmaster for Troop 72. John was incredibly creative. His wood carving skills were self -taught. The sanctuary at Church of the Cross reflects some of his impressive wood working abilities. If John wasn’t building or creating, he was hunting, fishing, gardening, or cooking for others to enjoy. He retired early from GE in order to volunteer, travel, and enjoy time with his family. He and Bert had a motor home and toured almost all of the US, including Alaska. They also traveled to Australia, Europe, and Russia. John did a solo trip to China before it was open to the public traveling for GE. They also shared a love of square and round dancing. He volunteered at the Millcreek Food Pantry and the Millcreek Township School District. He was an active member of the Church of the Cross – spending over 60 hours/week for several years during the inception of that church. In later years, he was active in the shuffle board group and kitchen crew at First Alliance, and lastly as part of the senior citizens group at Grace Church. John and Bert have 4 children: Kathy Daniels (Joe), Linda Broach, John Seepe III (Michelle) and Michael (CS). Grandchildren include: Joe IV (Em) and Phillip (Phuong) Daniels; Heather (Luke) and David (Amber) Broach; Daniel (Cheyanne) Seepe and Valerie (Kenny) Lim; Andrew (Audrey), Michaela, Katherine, and John Seepe, IV. He also has 8 great grandchildren with another on the way. Although suffering from dementia, his powers of observation were acute to the end. His wit and intensity never wavered until fatigue caught up with him. If you were blessed to be on his friend list, you had a true and loyal companion. His relationship with His Lord was very important to him and he had a quiet witness after he suffered dementia as a result of a car/pedestrian accident. Never once did he complain or ask “Why me?” Calling hours will be at the Dusckas-Martin Funeral Home and Crematory, Inc., 4216 Sterrettania RD, Erie on Wednesday March 30, 2022 from 12 noon to 3 pm. A funeral service will take be conducted by Dick Page, of Grace Church, immediately following the calling hours. Private interment. Come celebrate the extraordinary life of John Seepe.
To plant a beautiful memorial tree in memory of John Seepe, II, please visit our Tree Store

A Memorial Tree was planted for John
We are deeply sorry for your loss ~ the staff at Dusckas - Martin Funeral Home
Join in honoring their life - plant a memorial tree
Services for John Seepe, II
There are no events scheduled. You can still show your support by planting a tree in memory of John Seepe, II.
Plant a tree in memory of John
Print
Online Memory & Photo Sharing Event
Online Event
About this Event