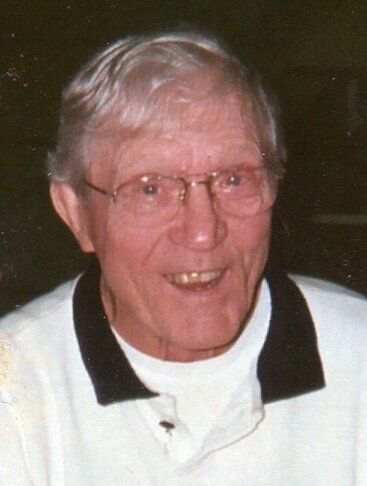 Please share a memory of Ralph to include in a keepsake book for family and friends.
View Tribute Book
The world lost a beloved husband, father, grandfather, and friend on March 31, 2022, when Ralph E. Clark passed away peacefully at St. Vincent Hospital. Ralph Clark was born to Leo and Iva Clark on July 21, 1938, the fourth of 12 children raised in the scenic mountains of Clearfield, PA. Ralph often said he had the best childhood, whiling away the hours hunting, fishing, and wrestling with his many siblings. At Clearfield High School, Ralph won the District and Regional wrestling titles all four years. In both 1955 and 1956, he won the PIAA State Championship title. As he moved on to Lock Haven University, Ralph became a four-time State College Champion and a 2-time NAIA Champion. In 1960, Ralph placed 3rd in the nation in the NCAA Division I-A Championship held at the University of Maryland. Ralph is currently in both the Lock Haven University Wrestling Hall of Fame and the PA Wrestling Coaches Association (PWCA) Hall of Fame. At Lock Haven, Ralph met the love of his life, Faye Marsh, and they married. Ralph and Faye moved to Erie, where Ralph taught Driver’s Education at McDowell High School for the next 32 years. Generations of McDowell students remember learning to drive with the patient instruction (and occasional joke) of “Mr. Clark.” Ralph also coached varsity wrestling for 18 years. His wrestlers respected Coach Clark and his well-known mottos, such as, “When the going gets tough, the tough get going.” Ralph will always be remembered for his quick wit and love of a good laugh (and a great steak). He loved his career and often said he would not change a thing about the life he has lived. Ralph spent some of his happiest times at “Camp” in Clearfield, hunting with his brothers and close friends. In addition, Ralph spent many memorable summers on the shores of Presque Isle, including his summers as a Presque Isle State Park Police Officer. Also, Ralph always spoke fondly of the afternoons and early evenings on his boat, sitting next to his wife with the wind in his hair, driving the boat as his daughters (and their friends) water skied in the reflection of the setting sun. As time marched on, Ralph fished with his grandchildren and taught them to bait their own hooks. He also spent hours hunting with his grandsons and teaching them the inner workings of motorcycles–especially a particular red Suzuki. Ralph E. Clark is survived by his wife of 59 years, Faye Clark (Marsh); his daughter Kimberly Klein (Chip); his daughter Melissa Visosky (Thomas); his granddaughters, Alyssa and Alexa Raymond; and his grandsons, Jason and Ryan Visosky. He is also survived by his sisters Twila Tubbs, Kathryn Rebecca (Becky) Biondi (Daniel); Delores Hummel (Daniel); Vivian Pownell (Dalton); his sister-in-law Dana Clark (David); and his brothers Marvin Clark (Nancy); Walter Clark, and Daniel Clark (Coleen). Ralph also leaves to cherish his memory, many loving nieces and nephews. Ralph was preceded in death by his sister Marygail Clark, his brothers David Clark (Dana), Jack Clark (Mary), and Samuel Clark; and his brother-in-law Gary Tubbs (Twila), The family would like to thank the following nurses at Saint Vincent Hospital for their kind and compassionate care: Meghan, Chanda, Jackie, Jeanine, and Delaney. You are angels on earth. Friends and family will be received at noon on Sunday, April 10, 2022, until 1:30 p.m. at the Dusckas-Martin Funeral Home and Crematory Inc., 4216 Sterrettania Road, Erie PA. Ralph’s Celebration of Life will begin at 1:30 p.m. All are welcome to stay, celebrate him with us, and perhaps say a few words. If Ralph were here right now with us, he would say, “It’s time to go hunting!” In lieu of flowers, donations may be made to McDowell Wrestling Boosters and sent to Dusckas-Martin Funeral Home Inc., 4216 Sterrettania Road, Erie PA, 16506.
To plant a beautiful memorial tree in memory of Ralph Clark, please visit our Tree Store

A Memorial Tree was planted for Ralph
We are deeply sorry for your loss ~ the staff at Dusckas - Martin Funeral Home
Join in honoring their life - plant a memorial tree
Services for Ralph Clark
There are no events scheduled. You can still show your support by planting a tree in memory of Ralph Clark.
Plant a tree in memory of Ralph
Print
Online Memory & Photo Sharing Event
Online Event
About this Event