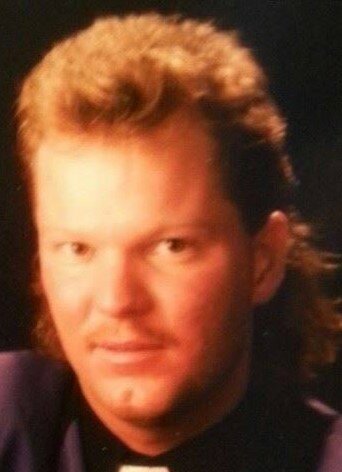 Please share a memory of Scott to include in a keepsake book for family and friends.
View Tribute Book
Scott “Scottie” Rogers Scott “Scottie” Rogers, age 57, of Millcreek Twp., passed away on Monday, May 30, 2022 due to a cardiac arrest. He was born in Erie on July 24, 1964, the son of the late Donald R. and Sandra J. Rolfe Rogers. He was a Raiders fan and enjoyed being fun loving with his friends and family. He is survived by his wife Darlene M. Lorei Rogers, his children; Cori Edwards (Jon) of Fairview, Kali Rogers and Cody Rogers both of Millcreek, four grandchildren; Caden Owens, Kirsten, Alexandria, and Jace Edwards, three sisters; Robin Salter, Kimberly Guzowski (Brian), and Denise Roger (Vic), brother-in-law Randy Lorei (Stacey), and his mother and father in-laws Ron and Mary Lorei. Friends may call at the Dusckas-Martin Funeral Home and Crematory, Inc., 4216 Sterrettania Rd. on Friday, June 3, 2022 from 4 pm until 7 pm. Private interment. In lieu of flowers, memorial contributions may be made to the family in care of the funeral home.
To plant a beautiful memorial tree in memory of Scott Rogers, please visit our Tree Store

A Memorial Tree was planted for Scott
We are deeply sorry for your loss ~ the staff at Dusckas - Martin Funeral Home
Join in honoring their life - plant a memorial tree
Services for Scott Rogers
There are no events scheduled. You can still show your support by planting a tree in memory of Scott Rogers.
Plant a tree in memory of Scott
Print
Online Memory & Photo Sharing Event
Online Event
About this Event