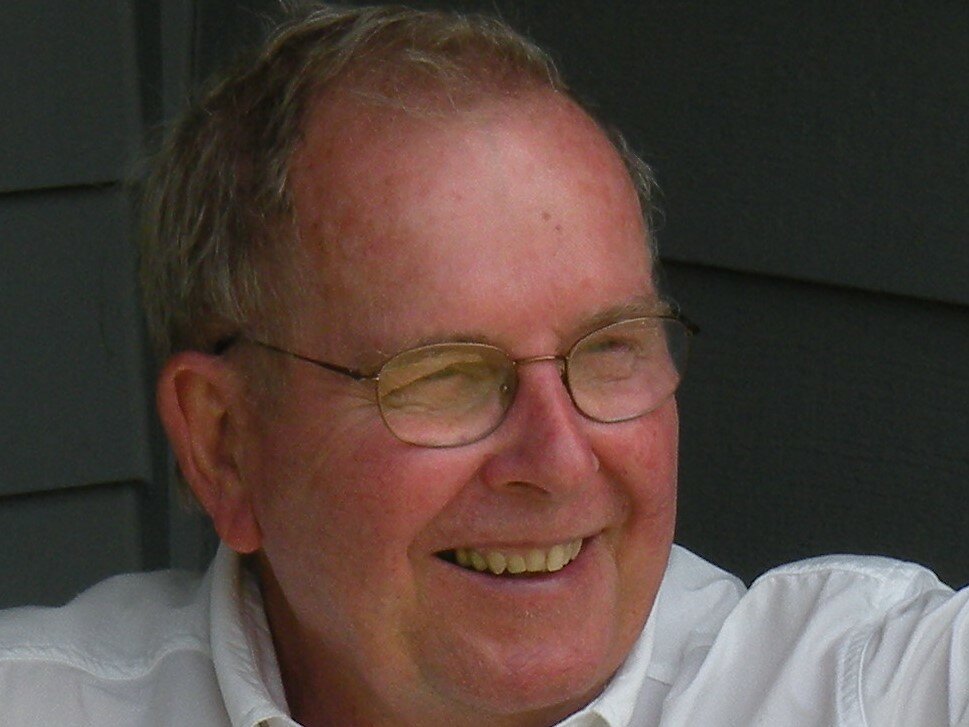 Please share a memory of Joseph to include in a keepsake book for family and friends.
View Tribute Book
Joseph Edward Podolsky Joseph Edward Podolsky passed away on June 16, 2022, at Forestview Health Center at Springhill with his wife Marjorie by his side. He was born in Youngstown, Ohio, on March 5, 1931, the son of the late Joseph Andrew and Julia Tobias Podolsky. Joe enlisted in the U.S. Naval Reserve after his graduation from Woodrow Wilson High School in 1948. He was called to active duty in 1950 during the Korean War, serving on the USS Mindoro and the USS Missouri. He was honorably discharged in 1956 with the rank of Petty Officer 2nd class. Under the G.I. Bill, he enrolled at Kent State University, graduating in 1956 with a B.S. degree in Marketing. He also earned graduate credits in economics from Xavier University. Following graduation from college, Joe began his career with the General Electric public and employee relations training program. Joe and Marjorie were married at St. Brigid’s Church in Meadville in 1957. After completing assignments in several GE divisions, including Erie, Joe was assigned to the Flight Propulsion division at Evendale, Ohio. He returned to Erie in 1960 as a specialist in advertising and sales in the large generator and motor division. In 1963 he was named manager of marketing in the Schenectady, New York plant. He returned to Erie as manager of communications and employee services in 1968. In 1970 he was named manager of public affairs and communications. He supervised the GE apprentice program and publication of the GE News. In his role as the company spokesman, he was known to the local media as “GE Joe.” Joe was active in many local and state service organizations, among them as a board member of the Pennsylvania Human Relations Commission, the Urban Coalition Task Force, the United Way of Erie County, and the Second Harvest Food Bank. As Chair of the John F. Kennedy Minority Development Center, he was responsible for the successful recruiting and hiring of minority workers in GE’s equal opportunity program. He also traveled in Europe and Saudi Arabia as a company representative. He was a member of the GE Quarter Century Club, Elfun Society, and GE Exempt Retired Employees. An enthusiastic golfer, Joe was a board member of Lawrence Park Golf Club, and later Fox Run Golf Club. He shot his hole-in-one at Riverside Golf Course in Cambridge Springs. Joe retired in 1991, after 35 years with GE, and continued his community involvement. He was an Ambassador for GE’s medical insurance program for retirees, presenting well-attended seminars throughout western Pennsylvania to advise retirees of their options for Medicare coverage. With his extensive knowledge of Medicare advantage programs, he also fielded phone calls from individual retirees to answer their questions. For two years he coached, and traveled with, the Mercyhurst College (now University) golf team. Joe especially enjoyed volunteering as a guide for three Tall Ships events. In 1994, he ran for the office of Pennsylvania state legislator, losing as a Republican in a heavily Democratic east Erie district. He and Marjorie enjoyed a number of Elderhostel (now Road Scholar) trips to Europe. Most recently they completed a Road Scholar tour of New Mexico and a Danube River expedition. In 2017 their extended family celebrated their sixtieth wedding anniversary with a dinner at Allegheny College in Meadville. Joe is survived by his wife Marjorie and four children: Jean Meltaus and her husband Michael Weinstein, of Concord, MA; David, of Chicago, IL; Daniel, of Hopedale, MA; and Andrew and his wife Lee, of Wilmington DE. His grandchildren are Alina Meltaus and her husband Loren Horst of Washington, DC; Katya Meltaus of Berkeley, California; Lee Meltaus of Bloomington, Illinois; Sylvie Weinstein of Concord, Massachusetts; Abby Podolsky and Maggie Podolsky of Wilmington, Delaware; and Samuel Podolsky, currently deployed with the U.S. Navy. The family wishes to acknowledge the extraordinary and compassionate care Joe received from the Springhill staff at Forestview and Woodlands, as well as the care of UPMC Family Hospice. Friends and family are invited to call at St. Patrick Church, 130 East 4th Street in Erie, on Saturday, June 25th, from 9:00 to 10:00 a.m. A Memorial Mass will follow at 10:00 a.m. Interment will be at Wintergreen Gorge Cemetery. Condolences may be sent to www.dusckasmartinfuneralhome.com. Memorial contributions may be made to the St. Patrick Church Restoration Fund, Benedictine Sisters Ministries, or Springhill Benevolent Care Fund.
To plant a beautiful memorial tree in memory of Joseph Podolsky, please visit our Tree Store

A Memorial Tree was planted for Joseph
We are deeply sorry for your loss ~ the staff at Dusckas - Martin Funeral Home
Join in honoring their life - plant a memorial tree
Services for Joseph Podolsky
There are no events scheduled. You can still show your support by planting a tree in memory of Joseph Podolsky.
Plant a tree in memory of Joseph
Print
Online Memory & Photo Sharing Event
Online Event
About this Event