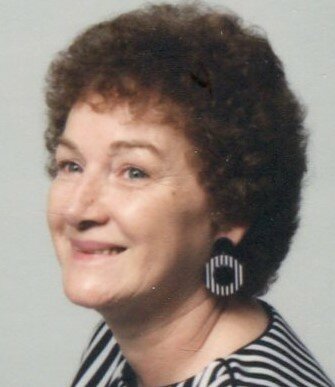 Please share a memory of Esther to include in a keepsake book for family and friends.
View Tribute Book
Esther L. Vanhoosier Madewell Esther L. Vanhoosier Madewell, age 87, of Albion, left this earth and transitioned into heaven into the loving arms of her husband, Joe, on Sunday, June 19, 2022. She was born on July 18, 1934, in Palmer, TN, the daughter of the late Walter A. and Della Mae Sanders Vanhoosier. She retired from Owen Brockway and was a member of Interfaith Worship Center. She enjoyed spending time with her grandchildren, traveling back to TN to visit, and going to thrift stores. She was preceded in death by her parents, her husband, Joe F. Madewell, seven brothers: Alex, Nelson, Walter, Jr., Jack, Bill, Houston, and Allen, five sisters: Dorothy, Evelyn, Thelma, Dola, and Pat. She is survived by two sons; David (Shirley), Robert “Dell” (Toni), a very special daughter-in-law Patricia Truitt, one sister Mary Hawkings, grandchildren: Amie (Tim), Lisa (Adam), Megan (Will), Charity, Courtney Sweed (Adam), Christie King (Brandon), step-grandchildren; Wawnita, Joann McLaughlin (Bernie), Richard Dunbar (Nadia), several great-grandchildren (the youngest born May 13, 2022), and several great great-grandchildren. Friends may call at the Dusckas-Martin Funeral Home and Crematory, Inc., 4216 Sterrettania Rd. on Thursday, June 23, 2022 from 4 pm until 8 pm and are invited there on Friday, June 24, 2022, at 10 am for the Funeral Service. Interment Winter Green Gorge Cemetery.
To plant a beautiful memorial tree in memory of Esther Madewell, please visit our Tree Store

A Memorial Tree was planted for Esther
We are deeply sorry for your loss ~ the staff at Dusckas - Martin Funeral Home
Join in honoring their life - plant a memorial tree
Services for Esther Madewell
There are no events scheduled. You can still show your support by planting a tree in memory of Esther Madewell.
Plant a tree in memory of Esther
Print
Online Memory & Photo Sharing Event
Online Event
About this Event