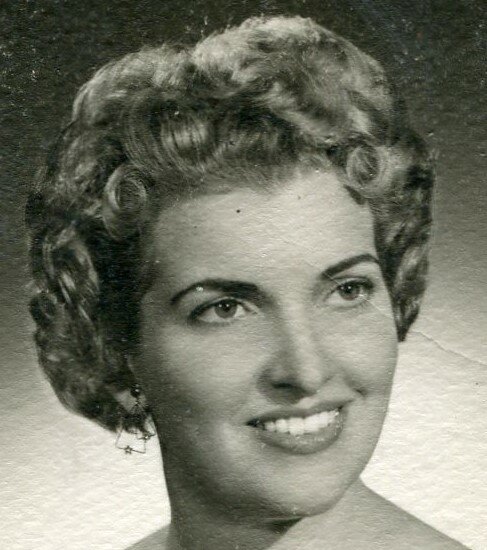 Please share a memory of Violet to include in a keepsake book for family and friends.
View Tribute Book
Violet “Vi” Bebell Steinbacher Violet “Vi” Bebell Steinbacher, age 92, of Millcreek Twp., passed away on Sunday, July 10, 2022 at UPMC-Hamot. She was born in Toronto, Canada to her late American parents John F.D. Bebell and Violet Irene Bebell on January 2, 1930. The family moved to Erie shortly afterwards, where she remained for the rest of her life. She was a Strong Vincent H.S. graduate. Vi began her working career at the family business, Ajax Lumber, and then moved on to the planning dept. for the City of Erie during which time she married her husband Raymond Steinbacher, Jr. in 1960. She continued to work for the city several more years retiring with the birth of her first child. An immensely creative and talented person, Vi started drawing at an early age. She painted hundred of works of art over her life time utilizing many mediums such as pencil, charcoal, pastel, oil, and watercolor. She painted almost all subjects: landscapes, seascapes, wildlife, and animals were among her favorites. She was a great supporter of the arts and theatre, helping out wherever and however she could. She was a proficient seamstress and costumer; making clothes and Halloween costumes for friends and family when she was young. Later in life she turned this gift into a costume business that became one of the largest costume businesses in the Erie area. Over the years she would design mascots for local businesses, sports teams, high schools, and radio stations as well as many more. She made costumes for Notre Dame University as well as radio stations as far away as Australia. She rented costumes to the public as well, and helped supply Jungle Express with many of their special costume needs. While raising her children at home, Vi took up upholstery as a hobby and eventually turned that into a small business out of her garage. Later she would teach upholstery at several vocational schools. VI was preceded in death by her brother Clint and sister Joan. She is survived by her brother Donald, her beloved husband Raymond, and her two sons; Raymond and Robert as well as many nieces and nephews. Friends may call at the Dusckas-Martin Funeral Home and Crematory, Inc., 4216 Sterrettania Rd. on Sunday, July 17, 2022 from 3:00 pm until time of service there at 7 pm. Interment will take place at Laurel Hill Cemetery on Monday, July 18, 2022 at 10 am. In lieu of flowers, memorial contributions may be made to the ANNA Shelter, 1555 East 10th Street, Erie, PA 16511.
To send flowers to the family or plant a tree in memory of Violet Steinbacher, please visit Tribute Store
Print
Sunday
17
July