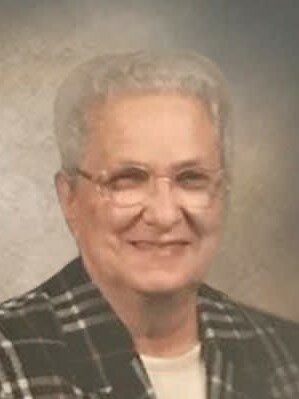 Please share a memory of Bertha to include in a keepsake book for family and friends.
View Tribute Book
Bertha L. Freeman Freer Guntrum Blanchard, 92 of Fairview Manor and formerly of Millcreek Twp., passed away there on Wednesday August 10, 2022. She was born in Franklin, PA on May 13, 1930, a daughter of the late, Beecher C. and Bertha L. (Gibbons) Freeman. In addition to her parents, she was preceded in death by her first husband, Elmer Rhodes Freer (1970) and the father of their three children; her second husband, Sam Guntrum; third husband, Al Blanchard; her son James Freer in 2020; one sister, Donna Williams; three brothers, Edward, Donald and Virgil Freeman; one granddaughter, Sabrina Stanek and her brother-in-law. Harold Mounts. During her working years, Bertha was previously employed at the Soldiers and Sailors Home. She was a member of the First Church of the Nazarene and more recently attended First Alliance Church. She was an avid country music fan that loved crafts and bingo. She is survived by her two daughters, Davida (Dee) French and her husband Tom and Donna Stanek and her husband Mark; grandchildren, Apollos, Makayla, Tiger, Tabitha and Gunner Stanek, Meagan David and her husband Jacob and Marisa French; great-grandchildren, Cera and Cody Stanek and Elliott and Carter Rhodes David and one sister, V. Eileen Mounts. Bertha is further survived by her step-children, Dana Guntrum and his wife Sue, Donna Fortin and her husband Dennis and Carol Chamberlin and her husband Mark; many step-grandchildren and nieces and nephews. Friends may call at the Dusckas-Martin Funeral Home & Crematory Inc. 4216 Sterrettania Rd. on Saturday August 20, 2022, from 11:00 AM until the time of the funeral service there at 1:00 PM. Interment will follow in Lakeside Cemetery.
To send flowers to the family or plant a tree in memory of Bertha Blanchard, please visit Tribute Store
Print
Saturday
20
August