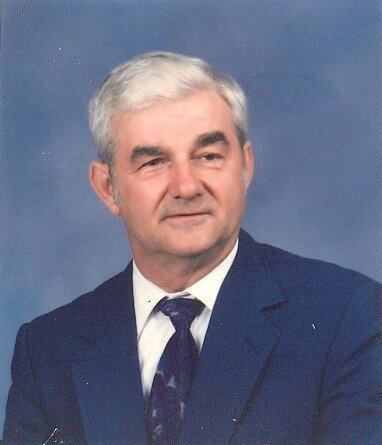 Please share a memory of James to include in a keepsake book for family and friends.
View Tribute Book
James F. Miller, age 90, of Millcreek, passed away Friday, September 2, 2022. He was born in Tyrone, PA on December 13, 1931, son of the late Fred and Cora Miller. Jim was employed for Copes Vulcan, retiring in 1991 as the manager of manufacturing. He was previously part of the General Electric Apprentice Program. Jim enjoyed bowling in several leagues for many years and was a fan of stock car and NASCAR racing. He was gifted in carpentry and made many special items for friends and family. Jim loved planting and maintaining his vegetable garden. He was a member of St. Paul’s Lutheran Church. Jim is survived by his wife, Mary Alice Miller; four children, Douglas (Jean), Susan (Larry), JoAnn and Dennis (Dawn) Miller; five step-children, Gail Jerioski, Christina Parker (Jeffrey), James Grucza (Deidre), Kathleen Billig and Daniel Grucza and many grandchildren, great-grandchildren, nieces and nephews. In addition to his parents, Jim was preceded in death by two brothers, Jaxon and Donald Miller; one sister, Ann Smith and his first wife, Peggy Marie Miller in 1989. Friends may call at the Dusckas-Martin Funeral Home and Crematory, Inc., 4216 Sterrettania Road on Tuesday September 6, 2022 from 2 to 5 and 7 to 9 PM and are invited to a Funeral Mass on Wednesday afternoon at 2:00 PM at St Francis Xavier Catholic Church 8880 Main St. McKean. Interment will be private in Laurel Hill Cemetery. In lieu of flowers memorial contributions may be made to the charity of one’s choice.
To send flowers to the family or plant a tree in memory of James Miller, please visit Tribute Store
Print
Tuesday
6
September