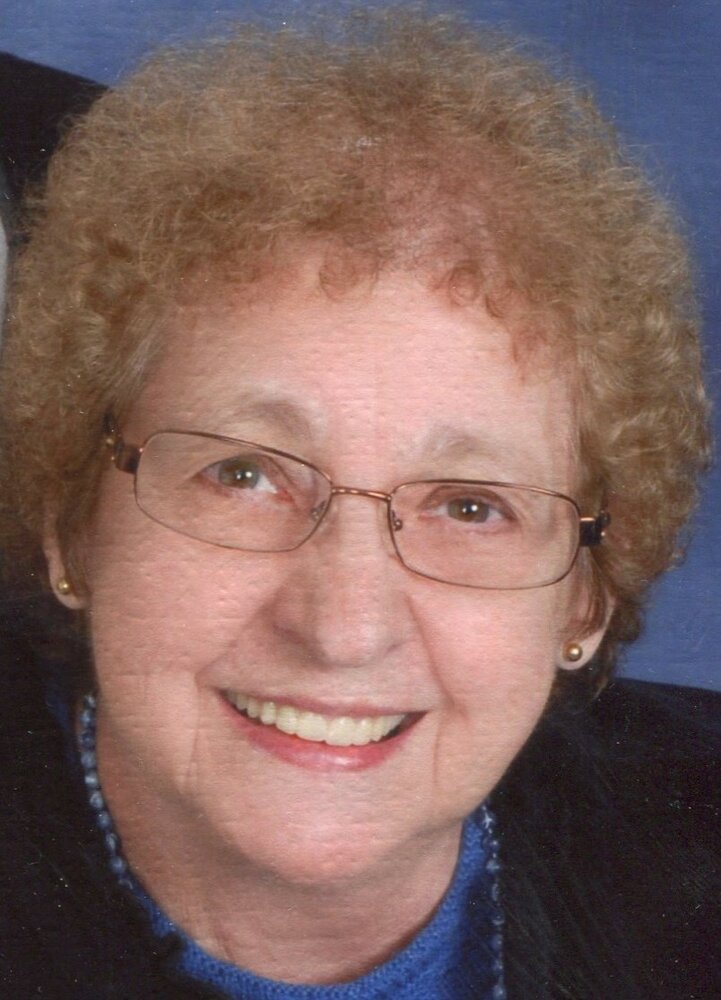 Obituary of Judith A. Snyder

Please share a memory of Judith to include in a keepsake book for family and friends.
View Tribute Book
To Livestream the service please go to: Youtube/JudithSnyder Judith A. "Judy" Snyder, age 83, of Manchester Commons, formerly of Cranesville, and later, of Millcreek PA, went peacefully to her Heavenly home on Saturday September 3, 2022 while surrounded and serenaded by her loving family. She was born in Erie on April 21, 1939, a daughter of the late Alfred G. and Delores E. (Spath) Grumblatt. ln addition to her parents, she was preceded in death by her husband, Bernard N. Snyder, in 2017; her brother, James A. Grumblatt and his wife, Rayleen (Steinbrink) Grumblatt and one infant great-grandson, Knox D. Shilling, who was born sleeping. Judy was a 1957 graduate of Academy High School, where she discovered her love of dancing after participating in and winning many jitterbug dance competitions. She went on to meet the love of her life at a square dance and they became a dancehall favorite at the many round and square dances they attended. Judy's square dance partner soon became her polka dance partner and partner in life. She expressed her creativity through many mediums, including interior design, blue-ribbon-worthy needlework; pastel, pen and ink, and pencil drawings, which she perfected in Art Instruction School; ceramics; creating crafts, wreaths, and gift baskets, which she sold alongside her husbands' handcrafted wood projects through their family business, The Master's Touch. Judy truly lived a life of service, whether in ministry to the sick and shut-ins, singing in local church choirs or with church worship leaders, working with the children in her mission to Mexico, being actively involved in the Women's Aglow Ministry, and practicing the art of sign language; she led by example. One of her notable achievements was participating in her church production of The Hallelujah Chorus which was recorded on vinyl record. Family was everything to her and wherever they were was home. The holidays were extra special in Judy's home where she never failed to share her love with family, friends and many chosen people that she felt needed a good meal and a hug. She was known for her famous Christmas nut rolls and her love of Dove chocolate. Although her greatest title was loving wife, mother and homemaker, she also worked as a telephone operator in her early adult life, a church pre-school bus driver when she and her family lived in Florida, an Avon lady when her children were in elementary school, a salesperson for Parklane Jewels and Hickory Farms, Elk Creek Township Auditor and co-owner of the family business. She is survived by three children, Robin (Bill) Sardini of Millcreek Twp., Tracy Shilling of East Butler, PA and Neal (Jill) Snyder of Crossingville, PA; six grandchildren, Tara (Patrick) Cooper of Millcreek Twp., Sara Robasky of Millcreek Twp., Erin (Rob) Witherow of Harborcreek, PA, Scot (Courtney) Shilling of Clayton, N.C., Allen "AJ" Snyder and Faith Snyder, both of Crossingville, PA; five great-grandchildren, Aidan and Reagan Cooper, Robbie and Mirabella Witherow, and Beckett Shilling. Judy is further survived by three nieces, Melissa (Pat) East, Heidi (Jack) Belczyk, and MaryBeth Graml as well as many great-nieces, great-nephews and cousins. She is also survived by her dear friends of 62+ years, Alice Frndak of Edinboro, PA, Polly Klobusnik of Cranesville, PA, her dear friend of 55 years Betty Brown of Melbourne, Florida, and close family friend Kurt Hinkle. The family would like to thank the staff at Manchester Commons Personal Care and Woodside Neighborhoods for all their loving care and support. Judy had a special love for her girls and guys and considered so many to be her family. Friends may call at the Dusckas-Martin Funeral Home & Crematory Inc., 4216 Sterrettania Road, Erie PA 16506 on Saturday September 10, 2022 from 2:00 PM until the time of the funeral service there at 4:45 PM. Interment will follow in Laurel Hill Cemetery.
To send flowers to the family or plant a tree in memory of Judith Snyder, please visit Tribute Store
Print
Saturday
10
September