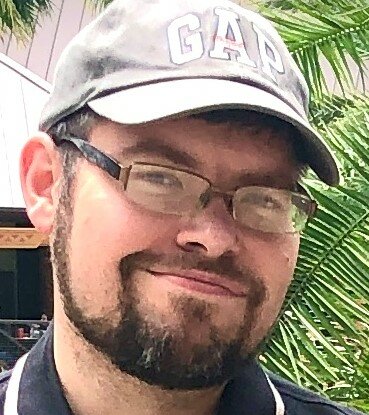 Robert “Rob” Andrew Wynne Robert “Rob” A. Wynne, age 41, of Erie, passed away unexpectedly at his Erie residence on Monday, September 19, 2022. He was born on March 25, 1981 in Kalamazoo, MI, the son of James Andrew Wynne of Millcreek and Margaret R. Jay Wynne of Erie. Rob was a 1999 graduate of McDowell H.S. where he was editor in chief of the McDowell Yearbook and played in the marching and jazz bands. He also attended Penn State Behrend where he was the editor of the school newspaper, “The Beacon”, and he also played in Behrend’s band. He was a life guard at the MIHS swimming pool. Rob was a huge Star Trek fan who was able to quote every line from every episode. He was a Master Counselor of DeMolay and he loved playing with his kids. He was smart on computers and spent time looking at helicopters with his son and loved playing out in the snow with his daughter. Rob was employed in food service at Shur-Fine Groceries, Max Pro Technologies, Schwan’s and was in management and cooking for Perkins Family Restaurant for many years. He was preceded in death by one brother Joseph Adam Wynne, his maternal and paternal grandparents, and his 16-year-old dog Brutus. Besides his parents, Rob is survived by his beloved wife Nicole L. Garske Wynne, his beautiful children; Natalya Leeann Wynne and Ivan Joseph Wynne, one brother Thomas J. Wynne of Erie, one nephew Maxx Dougan, his mother and father-in-law Ray and Lori Garske, and his grandparents-in-law Paul and Peggy Bowser. Private arrangements at the convenience of the family were handled through the Dusckas-Martin Funeral Home and Crematory, Inc., 4216 Sterrettania Rd. Interment Laurel Hill Cemetery. In lieu of flowers, memorial contributions may be made to the Narcolepsy Network, PO Box 2178, Lynnwood, WA 98036, the Humane Society of NW PA, 2407 Zimmerly Road, Erie, PA 16506 or to the charity of one’s choice.
To plant a beautiful memorial tree in memory of Robert Wynne, please visit our Tree Store
Print