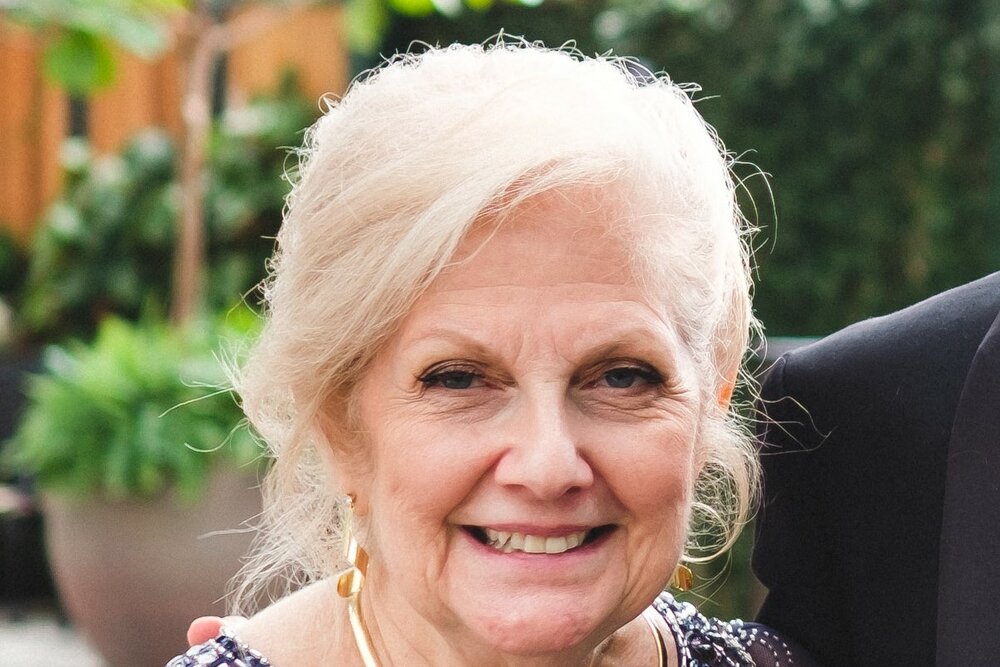 Please share a memory of Carol to include in a keepsake book for family and friends.
View Tribute Book
CAROL ANN YEAGER STAMM Passed away unexpectedly October 18, 2022 to be with her Lord and Savior in another life. Carol was born at home in a tiny log cabin February 8, 1950 in Bolivar, PA along the ridge of “Yeager Hollow” to David and Mary Yeager, the fourth of six children. She was the classic “Coal Miner’s Daughter”. She was preceded in death by Mary and David Yeager, sisters Mary Wells and Hazel Kunkel, and brother Johnny Yeager. She is survived by her husband of 51 years, Dr. Barry Stamm, son Dr. Brian Stamm (Dr. Regina Royan) of Chicago and new granddaughter Aventine Grace, daughter Ashley Stamm of Erie, and grandchildren Aadele, Alora, and Grayson, her sister Peg King (Curt) of New Florence, PA and brother Tim Yeager of Greensburg, PA, and numerous nieces and nephews. Carol was the light of everyone’s life, especially for her husband, children and grandchildren. She was always striving to do for others and asked very little for herself. She was the family photographer so many pictures did not include her. Carol was the person that always had everyone else’s interests in mind ahead of her own. She was the person organizing a birthday celebration for someone, or remembering an anniversary with a thoughtful gift or card and made sure it never went unnoticed. She was the one who made it special for the other person and never asked for anything in return. She graduated from Laurel Valley High School in 1968 and was the class valedictorian and president of her National Honor Society, and won many awards for her achievements. She was the recipient of the Daughters of the American Revolution Good Citizen Award, the American Legion Auxiliary Award, the Voice of Democracy Scholarship Award, and several others. She attended Thiel College where she and Barry met and fell in love. Thiel became their foundation and birthplace together. She worked hard and graduated in 3 years with her undergraduate degree in Business Administration so she could move to Philadelphia to be with Barry during his medical school years. They were married in 1971 and during Barry’s medical school training Carol worked in real estate with a shopping mall company, Amterre. Then during the Cleveland years for internship and residency she worked as the assistant controller for Cleveland State University. Once Carol and Barry moved back to his hometown of Erie in 1979, she became the office manager for his newly established medical practice for the next 30 years. They worked as a team in everything they did and found it hard to be separated. She was extremely detailed, and nothing passed her attention without review. Everyone knew Barry would come up with an idea and Carol would be the one to implement it and work out the details. A banking friend of hers once commented that the bank had to change their loan documents “after Carol Stamm read every line and scrutinized every paragraph on a loan. Who reads this stuff except the lawyers and Carol Stamm?” Carol and Barry retired together in 2009, built their retirement home on the lake, and have since enjoyed time together watching sunsets on Lake Erie, sailing endless hours on the bay and lake, skiing in the mountains of the East and West, and trips to Vero Beach, Fla. But what Carol enjoyed most was spending time with her family, her children, grandchildren, and her many wonderful friends. The grandchildren flocked to “Nana” and loved to be held while sitting on her lap, even if it was right after another recent joint replacement surgery. Carol has been a very active supporter of Thiel College along with Barry as they remember Thiel as the place that they got their start together. Carol and Barry have been long time members of Wayside Presbyterian Church and Carol was a past Deacon. She will be missed sorely by everyone who knew her, and we look forward to seeing her again in another life. Friends may call at the Dusckas-Martin Funeral Home and Crematory, Inc., 4216 Sterrettania Rd., Erie, PA 16506 on Sunday, October 23, 2022 from 3 p.m. until 7 p.m. and are invited to Wayside Presbyterian Church, 1208 Asbury Road, Erie, PA 16505, on Monday, October 24, 2022 at 11:00 a.m. for the Funeral Service. Interment Laurel Hill Cemetery. In lieu of flowers, contributions may be made to SafeNet of Erie, 1702 French Street, Erie, PA 16501, the Carol A. Stamm Memorial Scholarship at Thiel College, Development Office, 75 College Ave. Greenville, PA 16125, or a charity of one’s choice.
To send flowers to the family or plant a tree in memory of Carol Stamm, please visit Tribute Store
Print
Sunday
23
October