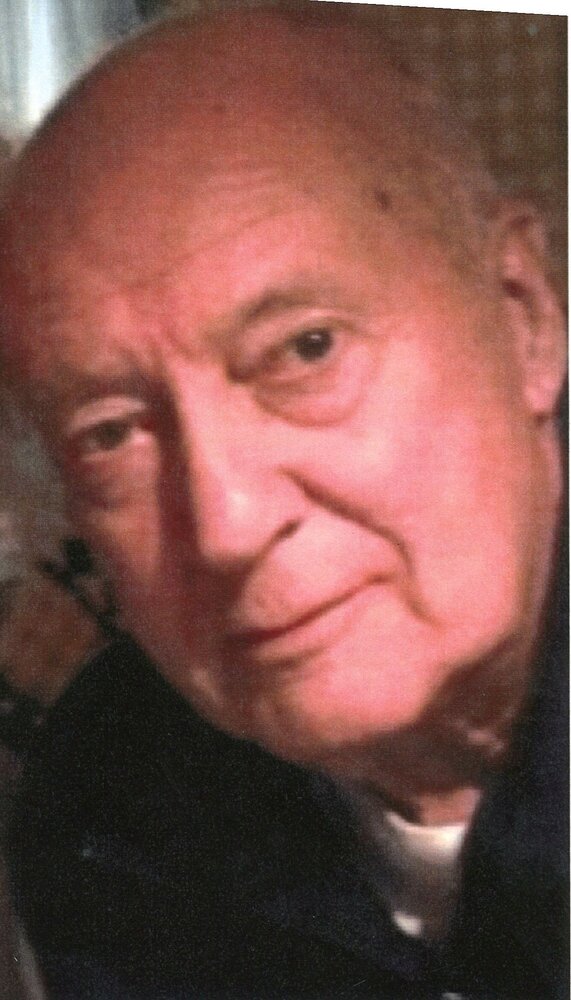 Please share a memory of Roger to include in a keepsake book for family and friends.
View Tribute Book
Roger Rolland Stowe Roger Rolland Stowe, 95, passed away on Monday, December 12, 2022, at St Mary’s Asbury Ridge. A lifelong resident of Erie County, Roger was born in Corry, Pa., on March 14, 1927, the son of Rolland M. and Gladys A. (Murray) Stowe. Upon graduation in 1945 from Corry High School, Roger enlisted in the United States Army Air Forces, serving as a military policeman within both the 2135 A.A.F. Base Unit and, while in Germany, the 924th Engineer Aviation Group, IX Engineer Command, U.S. Air Forces in Europe. Returning home with an honorable discharge from his wartime and occupation duties in 1947, he attended Gannon College briefly before graduating with an education degree from Edinboro State Teacher’s College in 1951. He worked first as an English instructor in Spartansburg, Pa., subsequently teaching intermittently in the Erie and Millcreek school districts through the 1960s while employed full-time at Kaiser Aluminum in Erie, from where he retired in 1989. Roger wed the former Nancie Marie Sigmond at Sacred Heart Church in Erie on August 16, 1952. He remained a dedicated and caring husband until Nancie passed away two days before their 62nd anniversary. Together they shared interests in travel, camping, antiquing, and doting over their grandchildren, who always found a friendly and playful companion when visiting their grandpa. Roger was a longtime parishioner of St. George Catholic Church in Erie, as well as a member of the American Legion and the Maennerchor, Siebenbuerger, and Zukor clubs. As a young man, he was noted for his talent at the piano, while in later years he could be seen tending to his impeccable front yard and back garden or, when relaxing in his home’s recreation room, listening to his favorite jazz artists or reading military history. In addition to his bride, Roger was predeceased by his parents and two sisters, Beverly Jean Watson of Richmond, Va., and Janet B. Irish of Corry. He is survived by three sons, Mark B. Stowe (Linda) of Moneta, Va., Jeffrey R. Stowe (Cheri) of Erie, and Christopher S. Stowe (Wendy) of Washington, D.C. He too will be missed by grandchildren Ian J. Stowe (Caitlyn) of Glenshaw, Pa., and Brittany L. Stowe (Andrew Sontheimer) of Erie; great-grandchildren Calvin Stowe, Ira Sontheimer, and Violet Sontheimer; and numerous nieces and nephews. The family would like to offer its heartfelt thanks to the numerous caregivers at St. Mary’s who tended to Roger during the final two years of his life. Funeral services will be private, after which Roger will be interred alongside his beloved Nancie at Erie’s Gate of Heaven Mausoleum. Arrangements were handled by the Dusckas-Martin Funeral Home and Crematory, Inc., 4216 Sterrettania Rd.
To plant a beautiful memorial tree in memory of Roger Stowe, please visit our Tree Store

A Memorial Tree was planted for Roger
We are deeply sorry for your loss ~ the staff at Dusckas - Martin Funeral Home
Join in honoring their life - plant a memorial tree
Services for Roger Stowe
There are no events scheduled. You can still show your support by planting a tree in memory of Roger Stowe.
Plant a tree in memory of Roger
Print
Online Memory & Photo Sharing Event
Online Event
About this Event