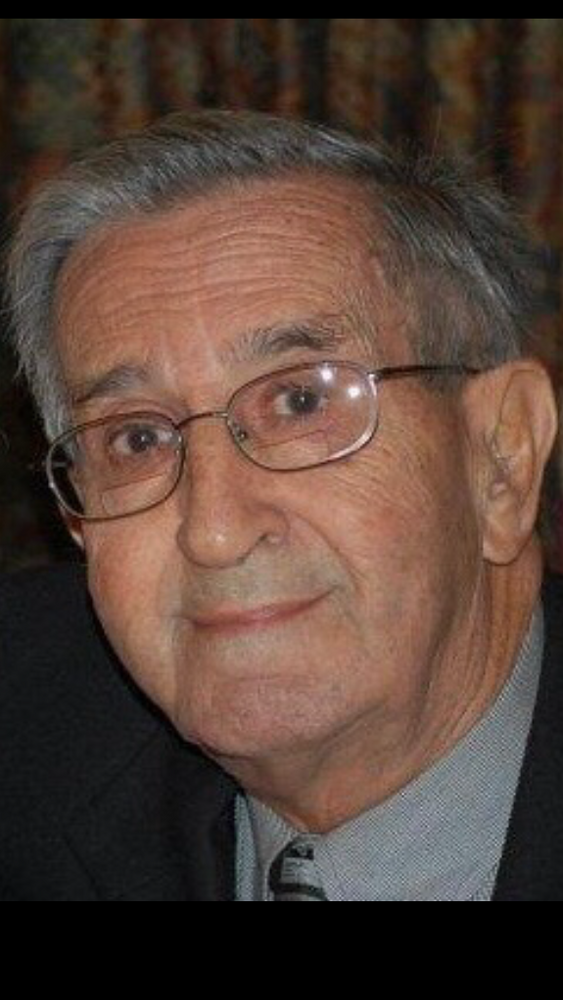 Please share a memory of Richard to include in a keepsake book for family and friends.
View Tribute Book
Richard George Vargo, 97, of Millcreek Twp., passed away on Wednesday December 28, 2022 at UPMC-Hamot Hospital, following a brief illness. He was born in Erie on September 28, 1925, a son of the late Mary E. Vargo. In addition to his mother, he was preceded in death by many aunts, uncles and cousins. A lifelong resident of Erie, Richard graduated from East High School and Gannon University. He proudly served his county in the United States Navy during World War II, which included service in Japan following the surrender. Richard was employed at Firch Baking Company and then Arrow Castings Company, from which he retired in 1995. He was a member of St. Julia R.C. Church for many years. Richard was a lifelong member of the Sportsmen's Athletic Club and was also a member of the American Legion, Post 773. He was an avid reader and a great lover of all kinds of music, especially classical. He possessed a collection of over a thousand books and several thousands of record albums. Richard's greatest joys in life were his family and his many friends. He was considered a mentor by some and a hero by others. He was a kind, gentle, and loving man. He is survived by his loving wife of sixty-two years, Rose Marie (Kamholz) Vargo; their two children, Mark David Vargo (Lisa) and Michelle Marie Carlson (Brian); he was poppa to grandchildren Benjamin, Gabriel, Meghan, and Andrew Carlson. He is further survived by many beloved extended family members, including special cousins Marilyn and George Hutchison. Friends may call at the Dusckas-Martin Funeral Home & Crematory Inc. 4216 Sterrettania Rd. on Friday January 6, 2023 from 4:00 PM until the time of the funeral service at 7:00 PM, with Full Military Honors being offered by Millcreek American Legion Post #773 at 4:30 PM. Interment will take place at the convenience of the family in Gate of Heaven Cemetery. In lieu of flowers, the family requests that donations may be made in memory of Richard to Emmaus Ministries (218 E. 11th. St., Erie, PA 16503 or eriebenedictines.org) or St. Julia R.C. Church (638 Roslyn Ave., Erie, PA 16505).
To send flowers to the family or plant a tree in memory of Richard Vargo, please visit Tribute Store
Print
Friday
6
January