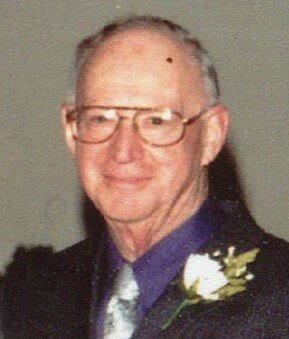 Obituary of Albert A. Smith

Please share a memory of Albert to include in a keepsake book for family and friends.
View Tribute Book
A loving and caring gentle man has left us and gone home to his Father in Heaven on January 23, 2023. Albert A. Smith, passed away at St. Vincent Hospital following a short battle with Covid and pneumonia. He was born in Erie on August 17, 1931, the middle child of Lester and Katheryne Smith. Al graduated from Strong Vincent High School class of January 1950. He joined the National Guard at age 16, (fibbed about his age), served three years and then joined the Navy which he loved and served aboard the USS Midway C.V.B. 41 during the Korean War. In 1962 he moved his family to Simi Valley California, retiring from Fairchild Industries. In addition to his parents, he was preceded in death by his first wife, Dolores Kiefer Smith; sons, Richard and Stephen Smith; three brothers, Wilfred, Herbert and LeRoy Smith; one sister, Wilda Smith; two grandchildren, Brian and Eric Smith and two step children, Matt Schwab and Ray Schwab. He is survived by daughters, Christine Collins (William), Ann Kimura (Stan); sons, Eugene (Mardi), Gerry (Debby) and David (Lauren) Smith. He is further survived by his wife Ruth and two step children, Mark Schwab and Lori Giewont Moluski; five grandchildren, three step grandchildren, together with five sisters, Shirley Urda, Charlotte Engell, Lucille Stanko, Elaine Stanley and Betty Fuller also survive. Friends may call at the Dusckas-Martin Funeral Home & Crematory Inc. 4216 Sterrettania Rd. on Friday from 2:00 to 5:00 PM and are invited to funeral services at 10:00 AM on Saturday morning at Asbury United Methodist Church 4703 W Ridge Rd. Erie, PA 16506. Interment with full military honors will follow in Laurel Hill Cemetery.
To send flowers to the family or plant a tree in memory of Albert Smith, please visit Tribute Store
Print
Friday
27
January