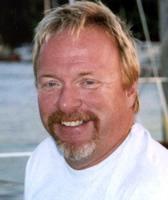 David Allen Hamilton David A. Hamilton's life was suddenly taken on Sunday, May 13, 2012. David was 51 years old and a resident of Millcreek Twp. He was born on March 24, 1961 in Erie, the son of Ron and Dorothy Hamilton. Dave attended McDowell High School, class of 1979. Dave was a beloved father, son, brother, and best friend. His energy for life and passion to help others defined him. His hobbies included: sailing, skiing, traveling, music, and dancing. He was a &quot;Jack of all Trades&quot; and could be often found working on boats, houses, and outdoors. Dave was a member of the Commodore Perry Yacht Club. Dave was preceded in death by his son, Daniel Alexander Hamilton, and his grandmother, Lucy Alberter. He is survived by his fianc&eacute;, Noelle Giannamore, and their dog, Ralphy, father, Ron Hamilton, and mother, Dorothy Hamilton, one son, Jonathon Hamilton, one daughter, Dacia Hamilton (JR Johnson), grandson, Brenden Mayo, one brother, Brian and his wife Lori Hamilton, and their three children: Trevor, Connor, and Cooper, as well as the Powder Hound Crew, and many nieces and nephews. Please join Dave's family and friends in a celebration of life at Commodore Perry Yacht Club, Thursday, May 17, 2012 from 4 until 7 p.m. In lieu of flowers, please send donations to the Dusckas-Martin Funeral Home and Crematory, Inc., 4216 Sterrettania Rd., Erie, PA 16506. Enhance your memorial with a slideshow and video
To plant a beautiful memorial tree in memory of David Hamilton, please visit our Tree Store

A Memorial Tree was planted for David
We are deeply sorry for your loss ~ the staff at Dusckas - Martin Funeral Home
Join in honoring their life - plant a memorial tree
Services for David Hamilton
There are no events scheduled. You can still show your support by planting a tree in memory of David Hamilton.
Plant a tree in memory of David
Print
Share A Memory
Plant a Tree