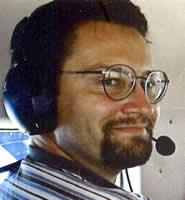 Frank N. Bauregger, PhD Frank N. Bauregger, PhD, age 38 of Mountain View, CA, formerly of Millcreek Twp., died Wednesday, May 21, 2008 in CA. He was born in Erie on August 10, 1969, the beloved son of Carol A. Carpenter of Erie and Frank and Ann McCall Bauregger of Millcreek. He was a graduate of McDowell High School and a 1991 graduate of Pennsylvania State University. He went on to gain his Master's and Doctorate degrees from Stanford University. He was employed as an Electrical Engineer at Agilent Technologies in Santa Clara, CA. Frank had research projects and numerous publications published regarding Airborne anti-jam GPS antenna designs. He was a veteran of the United States Navy. He was involved in Amateur Radio since the age of twelve and was an accomplished guitar player. He loved the outdoors, hunting, fishing, and hiking. Most recently his interests also included drag racing. Frank was a humble man. He will be greatly missed by his family. He was preceded in death by his paternal grandparents, Frank and Dorothy Bauregger, and maternal grandparents, Herbert and Virginia Carpenter. He is survived by his step-grandparents, Jim and Rita McCall, and numerous aunts, uncles, and cousins. Arrangements are being handled by the Dusckas-Martin Funeral Home and Crematory, Inc, 4216 Sterrettania Road. Private services at the convenience of the family.
To plant a beautiful memorial tree in memory of Frank PhD, please visit our Tree Store