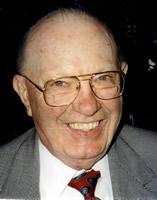 Thomas &quot;Tom&quot; A. Monahan, Jr. Thomas &quot;Tom&quot; A. Monahan, Jr., age 87 of Erie, Pa. died Tuesday, November 27, 2007. He was born on January 23, 1920, the son of the late Thomas Monahan and Margaret McEnery. Tom was a 1942 graduate of the University of Pittsburgh and one of the first CPAs in Erie. He served as President of the Erie Chapter of CPAs, a Vice-President and active member of the Pennsylvania Institute of CPAs, and an AICPA Council Member. Tom served on many Boards of Directors, was Treasurer of the Kahkwa Club for 12 years, and was an accounting lecturer at both Gannon University and the University of Pittsburgh. Tom is survived by his five children: Kate, Thomas Paul, Kevin, Maggie, and Dan; two sons-in-law, Roland Bopp and Mike Mullen; two daughters-in-law, Ellen Monahan and Cheryl Monahan; four children of his recently deceased spouse, Rita: Dennis and Brian Fargo, Marybeth Master and Laurie Martone; two brothers, Jack and Robert &quot;Mick&quot; Monahan, and nine grandchildren. Tom loved his work in the CPA firm he founded, Monahan &amp; Monahan. With the help of his partner and brother, Mick, and long time business associates, Marybeth, Paul, Don, Beth, and Susan, he remained active until his death. For many years he wrote an eagerly anticipated Christmas poem about his clients for the Erie Times. His clients were also his friends, and he would want to thank them and his entire office for their loyalty and support. . Tom Monahan loved to talk and was conversant on a wide range of subjects. It was never difficult to ascertain his opinion. His joy in hearing stories about people was only surpassed by his joy in telling those stories to another listener. He joined Toastmasters, and read books on word power to improve the entertainment value of the speeches he often made before professional organizations. An advocate of health food and alternative treatments from chelation to hypnotherapy, Tom believed these therapies kept him active in his later years. He was certainly gratified to learn that his love of wine was good for the heart. Dancing and golf were his exercise. He and Rita could be seen ballroom dancing at the Kahkwa Club every Saturday night. Tom could walk 18 holes well into his eighties, as he did on his 80th birthday celebrated in Jamaica, a favorite vacation destination, second only to attending the Masters with son, Tom. Another travel favorite was France, where he visited on several occasions to learn French and eat wonderful food with his good friend, Tom McCarthy. With Bob Chitester, producer of the PBS series &quot;Free to Choose,&quot; Tom also traveled to New York and California where he met Milton Friedman, his favorite economist. Daughter Maggie and Tom loved to sing Broadway show tunes; he taught her &quot;Trouble in River City,&quot; which will forever be their song. Thanks to his brother, Jack, and Jim Cox; Tom dressed well at all times, even mowing the lawn in a suit and tie. Tom was fascinated by college selection and in recent years delighted in helping his grandchildren choose their colleges. He and first wife, Pat, sent all five children away to college. Friends may call at the DUSCKAS-MARTIN FUNERAL HOME, INC., 4216 Sterrettania Rd. on Friday 2:00 to 5:00 and 7:00 to 9:00 p.m. and are invited to the funeral service on Saturday at St. Jude's Catholic Church at 1:30 p.m. Interment Calvary Cemetery. Memorial contributions may be made in Tom's name to the Erie Chapter of &quot;Books for Kids&quot; - booksforkids-erie.org/programs or to the non-profit foundation, Free to Choose (freetochoose.net).
To plant a beautiful memorial tree in memory of Thomas JR, please visit our Tree Store