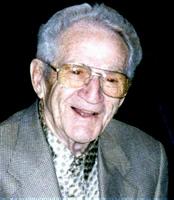 Henry M. Palmer Henry &quot;Mike&quot; Palmer, age 93, passed on to the Lord at his residence, Manchester Presbyterian Lodge, on Sunday, May 15, 2011. He is survived by his beloved wife of 65 years, Anna Burack Palmer. Henry was born on April 13, 1918 in Armaugh, PA, the son of the late, Jesse and Adaline Palmer. He raised his family in Erie and worked as a partner in Blair Painting Co. for many years. Henry was a man of many trades, as he was a proficient carpenter, bricklayer, and painter. He was a Staff Sergeant in the US Army, stationed in the Philippines during WWII. He was so proud to have served his country and was known for his stories of the war-time. He was a member of the American Legion Post 773. He belonged to Lakewood United Methodist Church. Henry had a passion for hunting, fishing, and boating on Lake Erie. He loved to golf and spent his winters in FL with Anna. He was an avid Pittsburgh Steelers fan. He will always be remembered by his jokes and the handy work he left behind in his children's homes. Henry was preceded in death by his wife, Thelma (Custer) Palmer, one brother, Jesse Palmer, two sisters, Margaret Poth and Mary Offner. He is survived by his sister, Luella Pierce (Glenn) of Vandergrift, PA, one son, who will truly miss him, Michael Palmer (Cathy) of Millcreek, three daughters: Betty Hellman (Jim) of Erie, Faye Oberheim (Carl) of Millmont, PA, and Barbara Rodgers (Raymond) of E. Berlin, PA. He is also survived by ten grandchildren, twenty-nine great-grandchildren whom he adored, and beloved nieces and nephews. Friends may call at the Dusckas-Martin Funeral Home and Crematory, Inc., 4216 Sterrettania Rd. on Wednesday from 4 to 8 p.m. and are invited to Lakewood United Methodist Church on Thursday at 10:00 a.m. for the funeral service conducted by the Rev. Robert Lewis. Interment with military honors at Laurel Hill Cemetery. In lieu of flowers, the family has requested donations to Lakewood United Methodist Church, 3856 West 10th Street, Erie, PA 16505 or to the Leukemia and Lymphoma Society of W. PA, River Walk Corporate Ctr., 333 E. Carson St. Suite 441, Pittsburgh, PA 15219. Enhance your memorial with a slideshow and video
To plant a beautiful memorial tree in memory of Henry Palmer, please visit our Tree Store

A Memorial Tree was planted for Henry
We are deeply sorry for your loss ~ the staff at Dusckas - Martin Funeral Home
Join in honoring their life - plant a memorial tree
Services for Henry Palmer
There are no events scheduled. You can still show your support by planting a tree in memory of Henry Palmer.
Plant a tree in memory of Henry
Print
Share A Memory
Plant a Tree