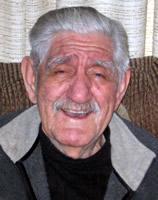 Theodore C. Patasky Theodore C. Patasky, age 84, a lifelong resident of Erie, passed away Thursday, April 3, 2008 at Hamot Medical Center after a brief illness. He was born June 5, 1923 in Erie, the son of the late Harry and Cora Simon Patasky. He was a World War II veteran, having served as a Petty Officer 1st Class in the Navy in both the Atlantic and Pacific. He went on to work at Hays Manufacturing for 33 years. Ted was a life member of the CYS Club. He enjoyed fishing with his son and grandson, doing crossword puzzles &quot;only in pen&quot;, and was an avid Civil War buff. Besides his parents, he was preceded in death by three brothers: Joe, Harry, and William (Ozzie) Patasky; and one sister, Marjory. Ted is survived by his wife of 62 years, Anne Lawrence Patasky; a son, Michael Patasky, and his wife, Sally; and a daughter, Cori Fischer, all of Erie. He is also survived by four grandchildren: Steve Patasky of Atlanta and Jessica, Andrea, and Christine Fischer, all of Erie. Three great-grandchildren also survive. No calling hours will be observed. Private services and burial will be held at Laurel Hill Cemetery. Arrangements are being handled by the Dusckas-Martin Funeral Home and Crematory, Inc., 4216 Sterrettania Road.
To plant a beautiful memorial tree in memory of Theodore Patasky, please visit our Tree Store

A Memorial Tree was planted for Theodore
We are deeply sorry for your loss ~ the staff at Dusckas - Martin Funeral Home
Join in honoring their life - plant a memorial tree
Services for Theodore Patasky
There are no events scheduled. You can still show your support by planting a tree in memory of Theodore Patasky.
Plant a tree in memory of Theodore
Print
Share A Memory
Plant a Tree