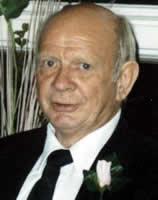 Henry Terwilliger Henry Terwilliger, age 89, passed peacefully at home with his family on August 23, 2010. Born in Parker, PA to Campbell and Evelina Terwilliger, Henry moved to Millcreek with his wife, Jo, in 1947. He was known and loved by his family nickname, &quot;Captain.&quot; Early each spring, Henry was known to work tirelessly on his garden of tulips and roses, which could be found blossoming in the backyard of the Terwilliger home. A devoted father and grandfather, Henry loved spending time with his family more than anything. He particularly enjoyed gathering relatives at his home for birthdays, holidays, and delicious meals prepared lovingly by his wife. A decorated veteran of World War II's Pacific theater, Henry held a variety of interesting jobs over the course of his life. He began as a farm hand, where he met his wife, and went on to become a coal miner, a machinist for Lord Corporation, a construction worker for Erie Excavating, and one of the founders of a family-run cement block company—Veteran's Block Company—in Rimersburg, PA. He is survived by his wife, Jo Terwilliger; his brother, Frank Terwilliger (Kay); his sister, Dolores Walker (Leonard); two sons, Gary Terwilliger (Darlene), Hank Terwilliger (Ren&eacute;e); his four daughters: Carolyn Huzinec (Dennis), Paula Lucas (Steve), Sandy Robertson (Scott), and Trudy Carter (Chris); thirteen grandchildren: Josie Gildow (Nick), Cam Terwilliger, Dr. Sarah Carter, Elliot Robertson, Holly Lucas, Ally Soltesz (Steven), Emily Robertson, Dan Carter, Noelle Lewis (Ben), Carolyn &quot;Foo&quot; Carter, Ben Terwilliger, Dave Terwilliger, and Andy Terwilliger; and one great-granddaughter, Arianna Lewis. Henry was preceded in death by his parents, Campbell and Evelina Terwilliger; his brothers: Ken Terwilliger, Virgil Terwilliger, and William Terwilliger; and his sister, Mary Radaker. Friends may call at the Dusckas-Martin Funeral Home and Crematory, Inc., 4216 Sterrettania Rd., on Friday from 2:00 to 4:00 p.m. and 7:00 to 9:00 p.m. The funeral service, officiated by Rev. Jim McCormack, will take place on Saturday at 11:00 a.m. at Westminster Presbyterian Church, 3642 West 26th Street. Interment, Laurel Hill Cemetery. The events will be attended by family returning from all over the globe, including his granddaughter, Holly, who will return from the Philippines, and his granddaughter, Emily, who will return from Japan. Memorial contributions can be made to John Kanzius Cancer Research Foundation, 1001 State Street, Erie, PA 16502 or to Westminster Presbyterian Church, 3642 West 26th Street Erie, PA 16506. Enhance your memorial with a slideshow and video
To plant a tree in memory of Henry Terwilliger, please visit Tribute Store
Services for Henry Terwilliger
There are no events scheduled. You can still show your support by planting a tree in memory of Henry Terwilliger.
Visit the Tribute Store
Print
Share A Memory
Plant a Tree