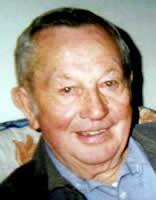 Theodore E. Waisley Theodore &quot;Ted&quot; E. Waisley, age 82, of McKean Twp. died Tuesday, February 19, 2008 at St. Vincent Health Center after a brief illness. He was born on June 11, 1925, the son of the late John and Anna Palochak Waisley. He was an Erie area resident for most of his life. He was self-employed, owning Waisley TV for 25 years, and was employed with American Sterilizer for 34 years until his retirement at age 81. He was an avid airplane pilot for 56 years and owned a Beechcraft &quot;Bonanza&quot;. He also enjoyed fiddle music and the violin. He is survived by his wife of 31 years, Merna V. Johnson Waisley, two daughters, Dianne Waisley Ore, and her husband, David J., of Waterford, Barbara Waisley Guriel, of Erie; one son, Ronald T. Waisley, and wife, Patricia, of McKean; two brothers, William and Robert Waisley; and seven grandchildren: Christopher Miller, Kimberle Miller Thomas, Paula Waisley Leech, Daniel Waisley, Jill Waisley, Sara Guriel Joint, Brian Guriel, 2 step grandchildren, Chad Miller, and Amanda Miller Zindel, several great grandchildren, nieces and nephews. He was preceded in death by one grandson, Jamison M. Miller; one sister, Pauline Hook; and one brother, John Waisley. Friends may call at the Dusckas-Martin Funeral Home and Crematory, Inc., 4216 Sterrettania Road on Friday from 11:00 a.m.until time of the service there at 1:00 p.m. Interment Gate of Heaven Cemetery. In lieu of flowers memorial contributions may be made to the John Kanzius Cancer Research Fund, c/o Palace Business Center, 915 State St., Erie, PA 16501.
To plant a beautiful memorial tree in memory of Theodore Waisley, please visit our Tree Store

A Memorial Tree was planted for Theodore
We are deeply sorry for your loss ~ the staff at Dusckas - Martin Funeral Home
Join in honoring their life - plant a memorial tree
Services for Theodore Waisley
There are no events scheduled. You can still show your support by planting a tree in memory of Theodore Waisley.
Plant a tree in memory of Theodore
Print
Share A Memory
Plant a Tree