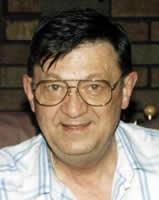 Richard L. Zimmer Richard L. Zimmer, age 78, of Millcreek Twp. died Friday, January 4, 2008 at the Erie Veteran's Affairs Medical Center after a brief illness. He was born in Erie on August 27, 1929 the son of the late, Chester B. and Catherine B. Repoff Zimmer. He served in the US Army during the Korean Conflict and was a member of the 101st Airborne Division. Richard attended Gannon University and was employed at Comptech until his retirement as Vice President of Engineering. He was a member of St. Judes R. C. Church. He enjoyed computers and reading. He is survived by his wife of 52 years, Dorothy A. Sarnowski Zimmer, one daughter, Karen L. Van Hoosear of Pittsburgh, two sons, Brian T. Zimmer and his wife, Pamela, of Erie, Gary M. Zimmer of Erie, one sister, Mary Ann Biel of Millcreek, two grandchildren, Nicole and Grady Zimmer and two nieces and one nephew. One brother, William Zimmer, preceded him in death. Friends may call at the Dusckas-Martin Funeral Home and Crematory, Inc. 4216 Sterrettania Rd on Monday from 2 to 5 and 7 to 9 p.m. and are invited there on Tuesday for the funeral service at 11:00 a.m. Interment Laurel Hill Cemetery. Memorial contributions may be made to Great Lakes Hospice, 1700 Peach St. Erie, PA 16501.
To plant a beautiful memorial tree in memory of Richard Zimmer, please visit our Tree Store

A Memorial Tree was planted for Richard
We are deeply sorry for your loss ~ the staff at Dusckas - Martin Funeral Home
Join in honoring their life - plant a memorial tree
Services for Richard Zimmer
There are no events scheduled. You can still show your support by planting a tree in memory of Richard Zimmer.
Plant a tree in memory of Richard
Print
Share A Memory
Plant a Tree