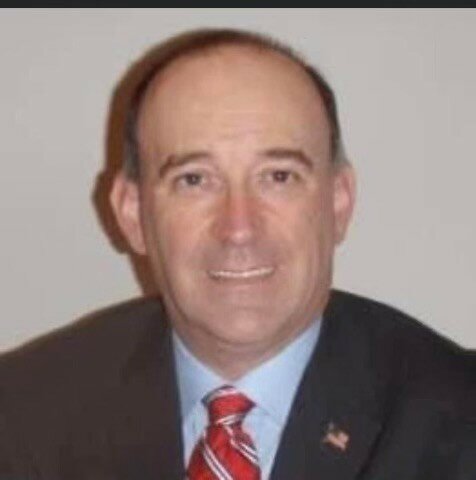 Please share a memory of Martin to include in a keepsake book for family and friends.
View Tribute Book
Martin J. Tate, 63, passed away unexpectedly on Thursday, March 24, 2022 at Spartanburg Medical Center in Spartanburg, South Carolina. He was born on May 27, 1958, son of the late John Tate and Dorothy (Jensen) Tate. Martin graduated from Academy High School in 1976, where he was the quarterback of the football team and a state champion tennis player. Martin enjoyed playing hockey, and coached youth hockey teams in the Erie area. He was involved in politics, having organized and served on various campaigns, including local government campaigns that began the political career of former United States Representative Phil English. Martin was also successful in business. He was a Master of Business Administration, and was a franchisee of a Quiznos Subs. Over the course of his career, Martin held a number of management and executive-level positions. He was a state auditor for Advance America, a director of the Village at Luther Square in Erie, and an underwriter for Regional Finance. He was instrumental in the development and growth of the Living Independence for the Elderly program of Northwestern Pennsylvania (LIFE-NWPA). Martin was known for being kind, generous, and honest. He was a beloved father, grandfather, and great-grandfather. He enjoyed family gatherings, and was always eager to express pride in his daughter and grandsons. He was a devoted and loving husband, attentively cared for his wife, Barbara, and would have celebrated his 30th wedding anniversary this coming Halloween. Martin is survived by his wife, Barbara Tate; sister-in-law Kathleen Post (husband Patrick); brother-in-law John Bolmanski; daughter, Janet Quatro (husband Allan); grandsons Justin Smith and Tyler Smith (wife Jade); and great-grandson Jaylen Smith, along with numerous cousins and other extended family. Friends may call at the Dusckas-Martin Funeral Home & Crematory, Inc., 4216 Sterrettania Rd., Erie, PA 16506 on Saturday, April 2, 2022 from 2:00 PM until the time of the service there at 5:00 PM. Interment will be private in Laurel Hill Cemetery. Memorial contributions may be made to either the ANNA Shelter, 1555 E. 10th St., Erie, PA 16503 or the GIST Cancer Research Fund, 3905 N.E. 16th St., North Miami Beach, FL 33160 gistcancerfund@aol.com
To plant a beautiful memorial tree in memory of Martin Tate, please visit our Tree Store

A Memorial Tree was planted for Martin
We are deeply sorry for your loss ~ the staff at Dusckas - Martin Funeral Home
Join in honoring their life - plant a memorial tree
Services for Martin Tate
There are no events scheduled. You can still show your support by planting a tree in memory of Martin Tate.
Plant a tree in memory of Martin
Print
Online Memory & Photo Sharing Event
Online Event
About this Event